[Video] Cops kick out mom and child from NYC restaurant 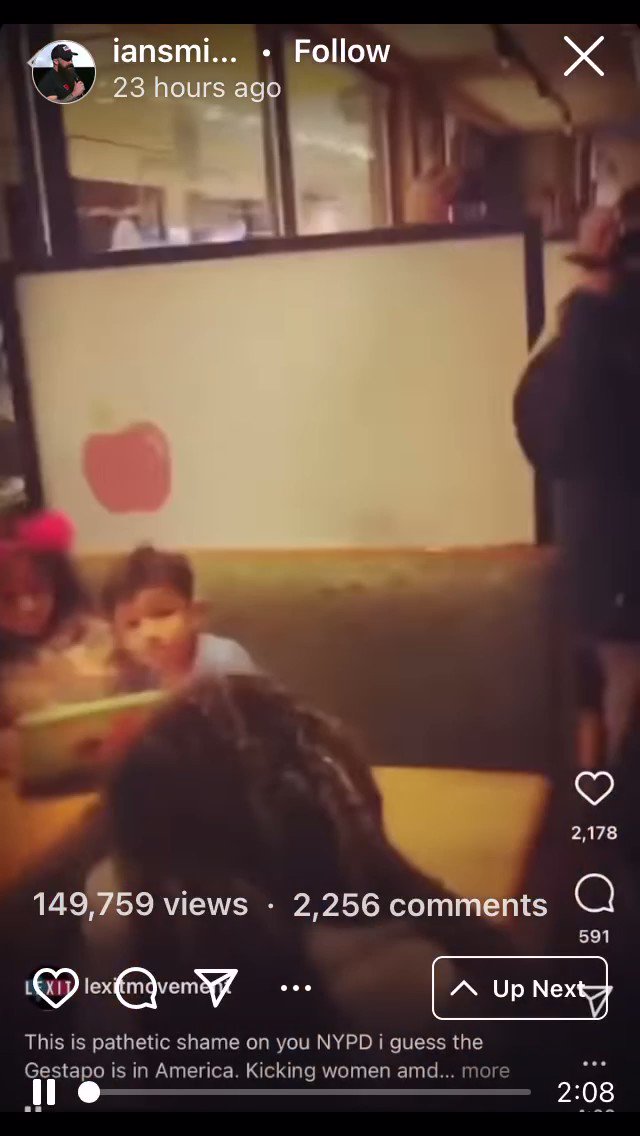 NYPD kicks out a child for not having a vaccine passport.

A video posted on social media shows a mother and her child being kicked out of a Queens Applebee’s by a contingent of NYPD cops.

The officers from the NYPD’s Strategic Response Group can be seen surrounding the table during a protest at the Queens Centre Mall on Dec 15.

“Unless you have vaccination cards, you have to exit the restaurant,” an officer could be heard saying in the video.

The child appears upset and covers his face as the officers attempt to defuse the situation.

Others in the restaurant heckle the NYPD officers as they ask the group to leave.

“Scaring a child. Traumatizing a child. Hope you feel good about yourself, NYPD,” one protester yells.

“If you leave voluntarily, you will not have charges pressed against you. Otherwise, you will be arrested for trespass. This will be your only warning,” he says in the video.