Panic buying triggered as Shanghai residents are fenced behind for quarantine 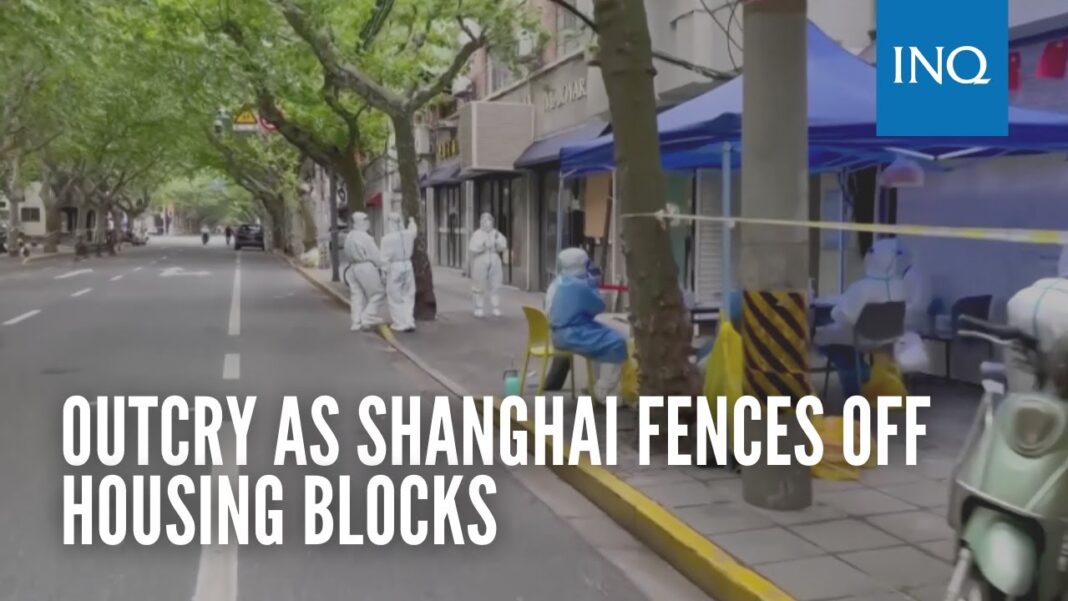 The move, which authorities describe as “hard quarantine,” adheres to China’s zero-COVID policy, the efficiency of which has been called into question as Omicron cases continue to spike in the city.

The announcement triggered panic buying in the Chinese capital, with shoppers stocking up on instant noodles, vegetables, toiletries and other essentials.

“Shanghai was a lesson,” Di, 63, who bought vegetables for up to 10 days, told Reuters.

Earlier this month, an online poll that surveyed nearly 1,000 Shanghai expat residents revealed that 85% of them were considering leaving China due to its lockdown policies.

“This has been a long time coming,” Alex Duncan, a startup founder, told Al Jazeera. “There has been a huge exodus growing since COVID first began. But this lockdown forced those who’d been considering leaving for a while to make a final decision.”

“Every compound, every gate, every door must be strictly managed,” Qi Keping, vice-head of Yangpu, a commercial district in Shanghai’s northeast, told reporters.

“No one can get out,” a foreigner whose residential complex was fenced told the BBC. “I feel helpless. You don’t know when the lockdown is going to end.”

Zhong Hongjun, a professor at the Shanghai University of Finance and Economics, regrets supporting the government’s zero-COVID policy. He now calls the measures “inhumane.”

“I always thought that Shanghai would never stoop to this low,” Zhong wrote on Weibo. “I was too naive and stupid.”

Meanwhile, Beijing now faces its own COVID-19 outbreak in the district of Chaoyang, where authorities on Sunday ordered residents to undergo three tests this week.