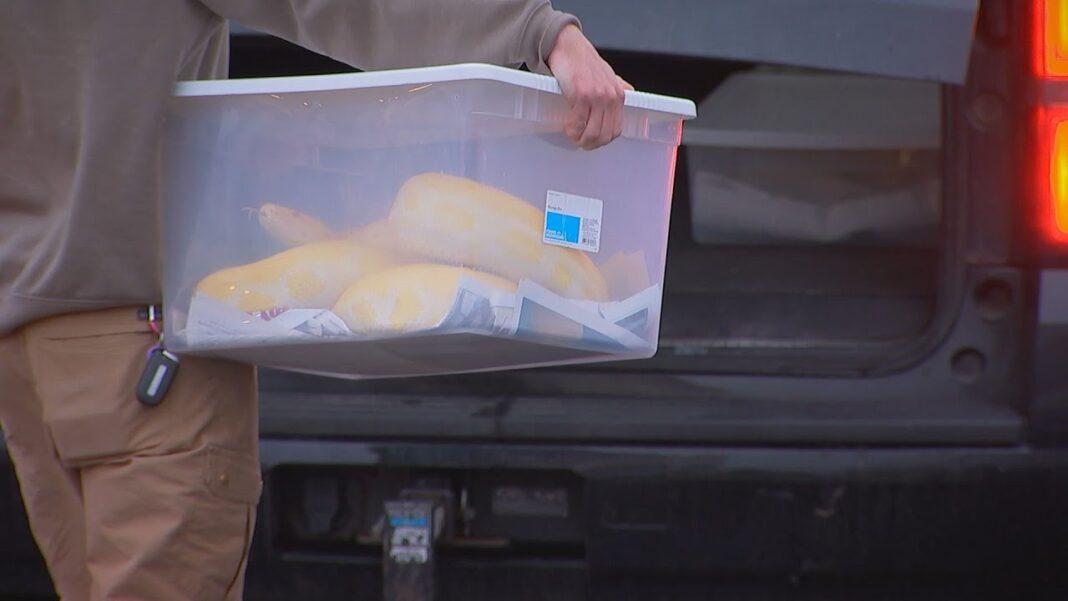 “I do want to assure the community, [and] anybody living in this neighborhood, we have not seen that any of the snakes were not properly secured or could have escaped,” she told the outlet. “I know people were worried that there could be some danger to people living nearby, but at this point, we have not uncovered or determined that any of the snakes actually were not secured after this gentleman’s death.

According to NYPOST, a Maryland man was found dead in his home surrounded by over 100 venomous and nonvenomous snakes, officials said Thursday.

Police had responded to the 49-year-old man’s home after a neighbor reported he saw the man lying on the floor unconscious after he went to check on him after not seeing him for more than a day, the Charles County Sheriff’s Department said in a statement.

EMS and fire officials forced their way through the front door of the home, where they pronounced the man dead. Police said there was no evidence of foul play and the man’s body was transported to the Office of the Chief Medical Examiner in Baltimore for an autopsy. Officials have not yet released the man’s identity.

Police discovered over 100 snakes of several varieties inside the home, which the man’s neighbors were unaware of. Charles County Animal Control was working to rescue the reptiles with experts from North Carolina and Virginia, police said.

Jennifer Harris, a spokesperson for Charles County Animal Control, told WUSA9 that the department had “tagged and bagged” over 125 snakes. Harris told the outlet that neighbors should not be concerned.

A 14-foot Burmese python was the biggest snake in the home, according to animal control.

Harris said it was the biggest collection of snakes the county’s animal control chief had ever seen in over 30 years of experience.