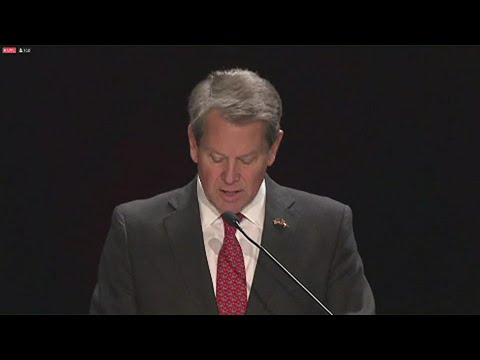 Gov. Brian Kemp said Wednesday he had signed into law a state income tax refund that will see Georgia households get payments of between $250-$500.

The bill, H.B. 1302, will provide for the payments in the coming weeks.

The $1.6 billion measure comes from a surplus of $2.2 billion in the Georgia budget.

The law provides for the following refunds:

Gov. Kemp cited rising inflation in a tweet for the push to provide the tax refund.

“I just signed HB 1302, returning over $1 billion in surplus funds to GA taxpayers. As Bidenflation runs rampant across the country, in the Peach State, we are bringing this relief to hardworking Georgians – because that’s YOUR money, not the government’s,” Kemp said.

The checks will go to residents who filed Georgia state income tax returns in 2020 and 2021.

Fearing revenue would tank amid the COVID pandemic, Georgia lawmakers cut 10% from the spending plan while developing the budget for the 2021 fiscal year in the summer of 2020. Once it became clear revenue wouldn’t plummet, the state government then restored hundreds of millions of dollars back into its education budget. However, other agencies across the Peach State were still under a 10% cut, leaving a surplus of funds from the previous fiscal year.

According to the Georgia Budget and Policy Institute, the 2022 fiscal year budget still leaves several state agencies underfunded by millions compared to pre-pandemic numbers. There are cuts to spending in Pre-K through 12th grade, higher education, health services and programs, and the Departments of Human Services and Labor among others.

Proponents of the plan argued that any surplus should be returned directly to taxpayers.

“When government takes in more than it needs, I believe those dollars should be returned to the taxpayer, because that is your money – not the government’s,” the governor staid in a statement.